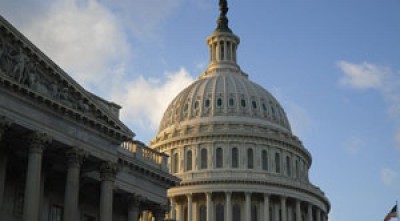 The Owner-Operator Independent Drivers Association (OOIDA) is opposed to recently proposed legislation that would lower the minimum age for commercial drivers crossing state lines from 21 to 18 due to safety concerns.

In a letter addressed to the U.S. House of Representatives Committee on Transportation and Infrastructure, the OOIDA stated, “As the nation’s leading organizations and associations representing public health, consumers, safety and American truckers, we are certain these efforts would not only be detrimental to road safety, but also to those seeking to enter the trucking industry as professional drivers.”

The two bills that the OOIDA has come out against are H.R. 5358, the Developing Responsible Individuals for a Vibrant Economy (DRIVE-Safe) Act and H.R. 3889, the Waiving Hindrances to Economic Enterprise and Labor (WHEEL) Act.

We think it’s irresponsible to put young drivers behind the wheel of a truck in order to avoid addressing the real problems of high turnover,” stated OOIDA president, Todd Spencer. “The focus should instead be on fixing the staggering turnover rate with better pay and working conditions.”

The letter also references past efforts to reduce the required age to 18 in 2001.

“This has been tried before and no one with any common sense thought it was a good idea,” commented Spencer. “Nothing has changed since that time and no disruptions have ever taken place due to any perceived shortage of drivers. These latest efforts are just more ways to keep driver churn going and keep wages as low as possible.”

The DRIVE-Safe Act was sponsored by Reps. Duncan Hunter (R-CA) and Trey Hollingsworth (R-IN) as a means of providing an alternative to costly four-year degrees with high earning potential, as well as improve training requirements for greater safety.

“Unfortunately, we see many young Americans faced with the choice of either taking on thousands of dollars in college debt or entering into a job market with grim prospects for untrained workers,” stated Hunter. The bill “is a common-sense approach that creates job opportunities for younger workers and provides a vital resource to America’s trucking industry that is critical in supporting our growing domestic economy.”

Allen said, “We feel pretty good we can build a lot of support for the legislation in a pretty quick fashion – and hopefully in a bipartisan way.”