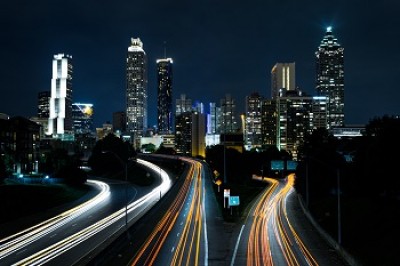 In November of 2015, the American Highway Users Alliance (AHUA) released a detailed study evaluating the severity of bottleneck locations throughout the country, and discussing methods for remedying congestion on the highways. In this study, the AHUA identified the top ten worst bottlenecks found throughout this country, contributing to significant traffic congestion, lost time, wasted fuel, and headaches for commercial drivers and other motorists on the highway.

What Is A Bottleneck?

A bottleneck is a portion of highway that cannot adequately accommodate the amount of traffic that travels on it. The Federal Highway Administration estimates that bottlenecks are responsible for 40% of traffic congestion, which is a far greater percentage than traffic accidents (25%), bad weather (15%), and roadwork (10%). Bottlenecks result in countless hours of lost time and money, and millions of gallons in wasted fuel.

A Ranking of the 10 Worst Bottlenecks in the USA

The ten worst bottlenecks include:

Whether you’re on the open road, or sitting in traffic, Match Factors guarantees same day cash advances of 95% or higher with no hidden fees.