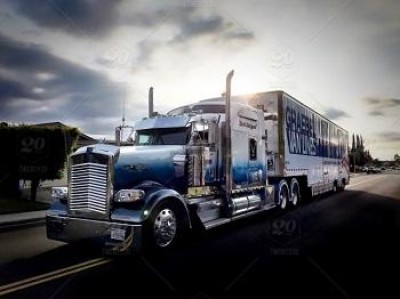 The FMCSA's rollout of its new URS has been put on hold. While the agency originally set October 23, 2015, as the date that docket numbers (including FF, MX, and MC numbers) would be discontinued in favor of the Unified Registration System (URS), it has put the brakes on the October 23rd implementation date and registration system.

Instead, the FMCSA will publish a Federal Register Notice sometime in October that should provide a clearer implementation timeline.

The URS is not something new. As part of the “Unified Carrier Registration Act of 2005,” the FMCSA has been pushing toward eliminating the MC number requirement for transportation firms and consolidating all trucking information by the USDOT number. The overall goal of the new system is to provide a singular comprehensive resource to house data on freight forwarders, brokers, and motor carriers.

Here are the top five things to know about the changeover:

Companies are supposed to be in compliance by October 23rd.

If you are registering or updating your information with the FMCSA, you must utilize the URS to do so by October 23rd. New companies who register after the October 23rd date will receive a USDOT number but no MC, MX, or FF numbers. However now that the FMCSA has delayed the October 23rd implementation date, trucking firms have a longer period of time to adjust.

ALL motor carriers will now be required to maintain a BOC-3 process service filing.

The FMCSA is cracking down on "chameleon" carriers.

The agency hopes that by centralizing motor carrier data and removing docket numbers it can better deter disingenuous carriers who have been shut down due to safety violations, only to return with a new company and different MC number. Since USDOT numbers are nontransferable and easier to verify, the FMCSA believes the URS will make it easier to identify suspicious activity.

You can still use your MC number, but it won't mean anything to the FMCSA.

Since the FMCSA's rule declares that the USDOT number will be the only one to be included in the URS, all docket numbers will be rendered obsolete. Any authority provided by docket numbers will be automatically associated with your USDOT number upon registration/updating. You don't need to remove your MC numbers from your vehicles, but the FMCSA recommends not including an MC number on any new/refurbished equipment.

The FMCSA offers a licensing and insurance website that displays all authority, safety, and insurance data directly associated with the company's DOT number. There are also several third-party platforms that provide similar information.

Be sure to frequently check our blog, as we'll keep you updated on news and developments with the rollout of the URS.