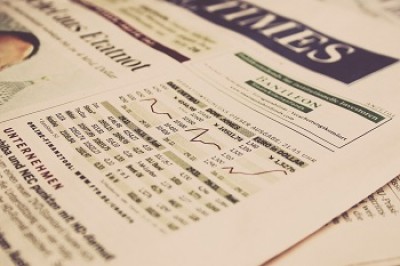 In July of this year, I contributed an article to The Commercial Factor, the IFA's bimonthly newsletter publication. The article was titled "Understanding the Transportation Factoring Landscape" and addressed current issues directly and indirectly faced by the transportation factoring industry as a whole in 2015.

The article outlined specific factors affecting the transportation market including a section on the economic environment industry stakeholders currently face. With the issuance of the ATRI's annual Operational Costs of Trucking report (published on September 28th), I'd like to call to your attention a portion of our Commercial Factor article.

First, a quote from the article itself:

"Increasing insurance premiums and truck/driver shortages continue to drive operating costs up for carriers. In addition, carriers will also have to contend with increasing technology, equipment, and labor costs. In fact, according the American Transportation Research Institute (ATRI), motor carriers’ operating costs increased about 3% from ’13 to ’14, and I expect to see a larger increase for the ’14-’15 period when the ATRI releases its annual findings this September.

Freight rates, though improving, pale in comparison to carriers’ operating costs. Trucking firms operate in an extremely competitive market, generating very thin profit margins. Though linehaul freight rates have increased about 5 percent from this time last year[1], that small increase has largely been offset by added operational costs. It’s important to note that a carrier’s total freight rate will include their linehaul rate and fuel surcharge rate. As such, a carrier may have actually seen their total rate decline from the prior year when factoring in reduced fuel surcharge rates (as a result of lower fuel prices). Small carriers will mostly feel this brunt, since they rely mainly on brokers for their freight and will continue to see their profit margins squeezed."

While fuel cost dipped slightly, other expenses crept up-- driver wages and equipment costs saw the biggest increases at 5% and 41%. respectively. As we also predicted in our Commercial Factor article, other carrier cost increases came from insurance premium hikes (premiums rose seven tenths of a cent to 7.1 cents per mile).

Our Commercial Factor article projected carrier costs to increase at an average clip (3%) and they did; we also predicted insurance and equipment costs would rise, which they did. Since the second quarter of 2015, the transportation industry has experienced stagnation (albeit at a high-volume capacity) as a result of increased expenses and lower freight rates.

Although more freight is being hauled and fuel is cheaper, carriers (especially those with a fleet size of less than 100) have seen costs increase as a result of larger payrolls (hiring to combat driver shortage) and the increased costs of insurance and equipment. In addition, shippers are charging lower rates, meaning carriers are paid less for the freight they haul and more for the expenses to actually haul it.

This point supports our prediction that carriers (especially smaller ones) will continue to deal with thin profit margins as a result of the market's stagnation.