Unrated Carriers Could Be Negatively Impacted by Bill's Poor Wording 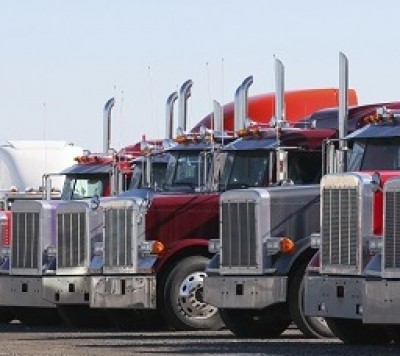 As you've probably heard by now, the National Carrier Hiring Standard remained in the latest version of the transportation reauthorization bill sent to the US House last Thursday. While the bill itself has been largely supported by the transportation industry (as it calls for removing CSA scores from public view), its national hiring standard contains one glaring issue that, if left unaddressed, could significantly affect over 400,000 currently unrated motor carriers.

The issue at hand involves the third bullet point: the standard's new wording contains a provision that states that brokers may only hire carriers who have a "satisfactory" safety rating.

Now let's take a look at how the misinterpretation of a double negative to create a positive may cause the transportation industry a massive headache.

According to DOT CarrierWatch, there are approximately 474,000 active LEGAL for-hire motor carriers registered in the US.  By legal, of course, we mean carriers with either Satisfactory, Conditional, or Unrated safety ratings, which the FMCSA has previously deemed legally safe to operate on the nation's highways.  Of these carriers:

Thus if the National Hiring Standard amendment, in its current form, would pass, the largest group of carriers - those with UNRATED safety ratings - would then essentially be deemed unsafe to operate by the federal government.  Furthermore, many of these carriers are small businesses who simply aren't rated because they've never done anything to require an FMCSA audit to determine their safety score.  Furthermore, the FMCSA is ill equipment and lacks the proper resources to perform safety audits on all 450,000 active for-hire motor carriers, hence their reasoning for implementing CSA.

And with the transportation industry facing a truck and driver shortage, why would the government risk a significant economic downturn by preventing industry stakeholders from using the largest segment of carriers?

The bright spot in all of this is that the version of the transportation bill passed by the Senate (which contained the language of "has not received an 'unsatisfactory' rating") must be reconciled with the House version, so the industry is hopeful that the final version of the standard will contain the language from the Senate version, allowing brokers to work with carriers who have no safety score. However, we are also of the opinion that the 3.5% of carriers who maintain CONDITIONAL safety ratings should not be excluded from the bill's revision either -- they are as legally safe as "satisfactory" carriers and should be treated as such.

The bottom line is that unless a carrier has received an "unsatisfactory" safety rating, they should be hirable. Placing unrated carriers (often small businesses who make up the bulk of the transportation industry) and carriers with conditional safety ratings at a disadvantage through absolutely no fault of their own would have a terrible effect on the industry as a whole.